One need only take a drive around Birmingham to understand the city is smack in the middle of a serious renewal. Everything from funky new restaurants, public parks, bike paths, and baseball stadiums are springing up like dandelions in the front yard. Fortunately for Birmingham, a group of young, energetic, civic-minded, and possibly insane, soccer fans has put their passion to work bringing a high-level soccer team to the Magic City — the Birmingham Hammers.

As the newest members of the National Premiere Soccer League (NPSL), a semi-pro league with more than 80 teams all across the country, the Birmingham Hammers recently wrapped up their first official season, drawing fans of all ages, while making a case for Birmingham as a real-deal, soccer-passionate city. For the team’s founders, getting to this point hardly seems real. “Three years ago we were talking about getting started and working with a couple of local designers on branding and now we’re in the league,” said John Killian, vice-president, and co-founder of the Birmingham Hammers. One of five young professionals who share a passion for soccer and the city, Killian said the timing couldn’t be better for soccer to finally take hold in Birmingham.

“I tend to think that the growth is maybe more representative of an overall interest in a renewed civic pride in Birmingham. Also, the sport has grown so much in the past decade,” Killian explained, citing the success of the Women’s National team and interest in the Men’s National team, both of which has played matches in Birmingham in the past. “I think those two factors really sort of hit at the right time.” 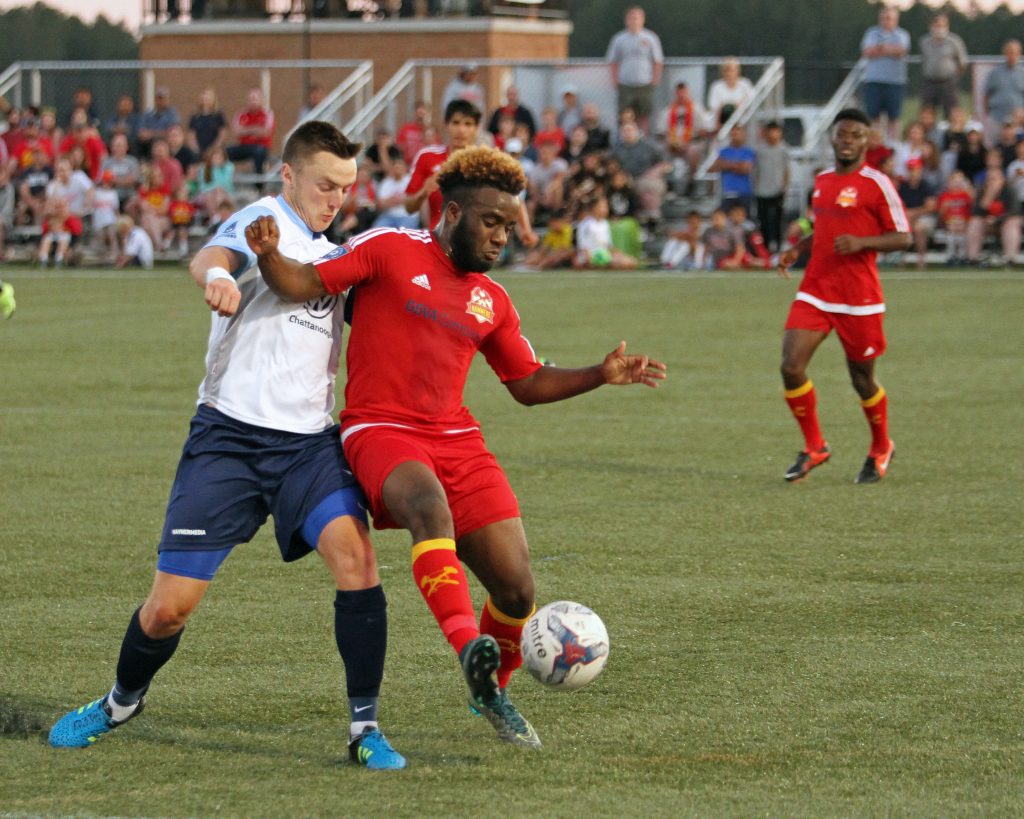 On Saturday, May 14, the Hammers hosted Chattanooga FC in Birmingham’s first-ever home division match at the SHAC. One of the better NPSL teams in the country, Chattanooga FC has been to the league championship three years in a row and averages well over 5,000 fans per game. In 2015, Chattanooga hosted the NPSL title game drawing 18,000 fans, the largest crowd to see an amateur soccer game in the U.S. In other words, the Hammers were facing some serious competition. 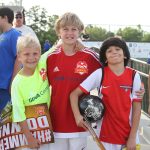 In the end, Chattanooga FC defeated Birmingham 1-0 in front of a boisterous crowd of more than 2,000 soccer fans, many of them wearing Hammers gear — T-shirts, jerseys, and scarves — all decked out in the official colors of white, gold, and red. At the far end of the bleachers, a boisterous group of fans banged drums and played instruments while trading chants and songs with Chattanooga’s fan section on the other end of the sideline. The Hammers played valiantly, allowing the only goal midway through the first half on a header from a set piece. The rest of the game was fast, intense, and physical, with tons of back-and-forth action. Despite the loss, there was plenty to be happy about, says Evon Noyes, another co-founder of the Birmingham Hammers. “I’m happy about it,” Noyes said. “Chattanooga is a very well-attended and well-funded organization, that is well-oiled with great players. Obviously, we wanted to win, but taking a one-nil loss to them is not something to brush off.”

Watching the game, one could sense a rivalry in the making. The tension on the field was matched only by the action in the stands. Chattanooga’s fan base not only supports their team at home but on the road as well. At least two charter buses brought fans from the River City for the game, many of whom tailgated for several hours prior to kickoff. Others dragged drums and other instruments 90 minutes down I-59 as well, creating a contingency of fans almost twice as large as the home team fan base in attendance. The spectacle gave many local fans a glimpse of what is possible. “This is a great, huge success. I mean you saw the crowd tonight, probably around 2,000 or around there,” said Forrest Collins, founder and president of Magic City Brigade, the Hammers’ unofficial fan club. “It’s the atmosphere and the passion that I love the most.” 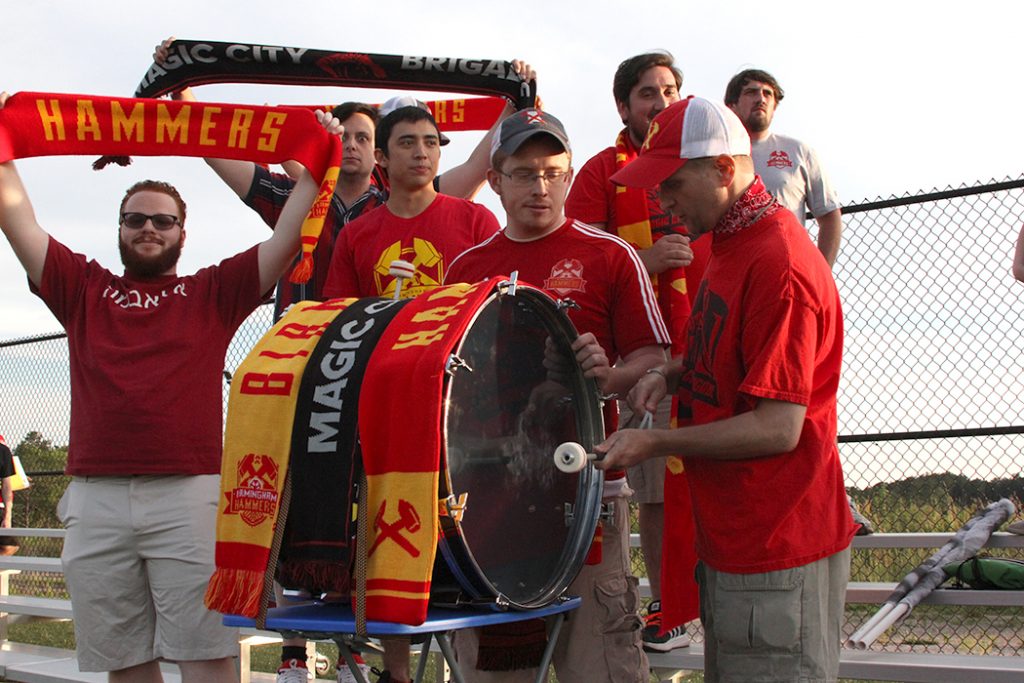 “(Chattanooga) started right where we are right now, so there’s no reason why one day we can’t get to that level,” added Hammers Head Coach Joel Person. A native of Fairbanks, Alaska, Person played college soccer at the University of Mobile and has held down several coaching posts throughout the Southeast over the last decade. Also serving as the director of coaching for the Tuscaloosa United Soccer Club, Person believes the Hammers will have an important role to play in promoting the sport throughout the state. “Everyone I’ve talked to is so happy that we’re doing this whether it’s other coaches, parents, or players,” Person said. “They are just real excited about what we’re doing and it’s a real honor to be a part of it.” 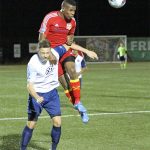 For many of the players, the chance to play for Hammers is a rewarding experience. The NPSL is officially an amateur league, which means the vast majority of the players come from the college ranks and are looking to find a club team in order to keep in shape in the off-season. Being on the Hammers, however, means having the opportunity to establish something new. “It’s a massive step to building toward getting a professional club in the state of Alabama. It’s the next step,” said Bradley Louis, the Hammers’ starting goalkeeper and a standout at the University of West Alabama. Louis is a junior at UWA, a program that was only established four years ago. Now accustomed to being on the ground floor of a new soccer program, Louis relishes this opportunity to leave a legacy and, hopefully, build a case for an eventual professional team in Birmingham. “I definitely think it’s possible,” Louis said. “The sport’s building and I think the Hammers being in Birmingham is only going to help bring youth players through and make the sport more popular. I think that’s what is needed. It’s not necessarily financial backing or sponsors or that kind of thing. It needs to be popular with the youth.”

If one word could sum up what the Birmingham Hammers are doing for the local soccer community it would have to be “optimism.” As far as almost all in attendance, Birmingham is ready to become the next great soccer town. “I think the sky’s the limit,” said Killian.

“It used to be the wisdom of the times that Birmingham is an event city and that we’ll show up for big events, but it’s not a city for sustained crowds or support, which I think is blatantly untrue,” he added. “I think the Barons have shown that. As soon as they set a new attendance record, they break it. We are in a different city than we were 10 years ago.” 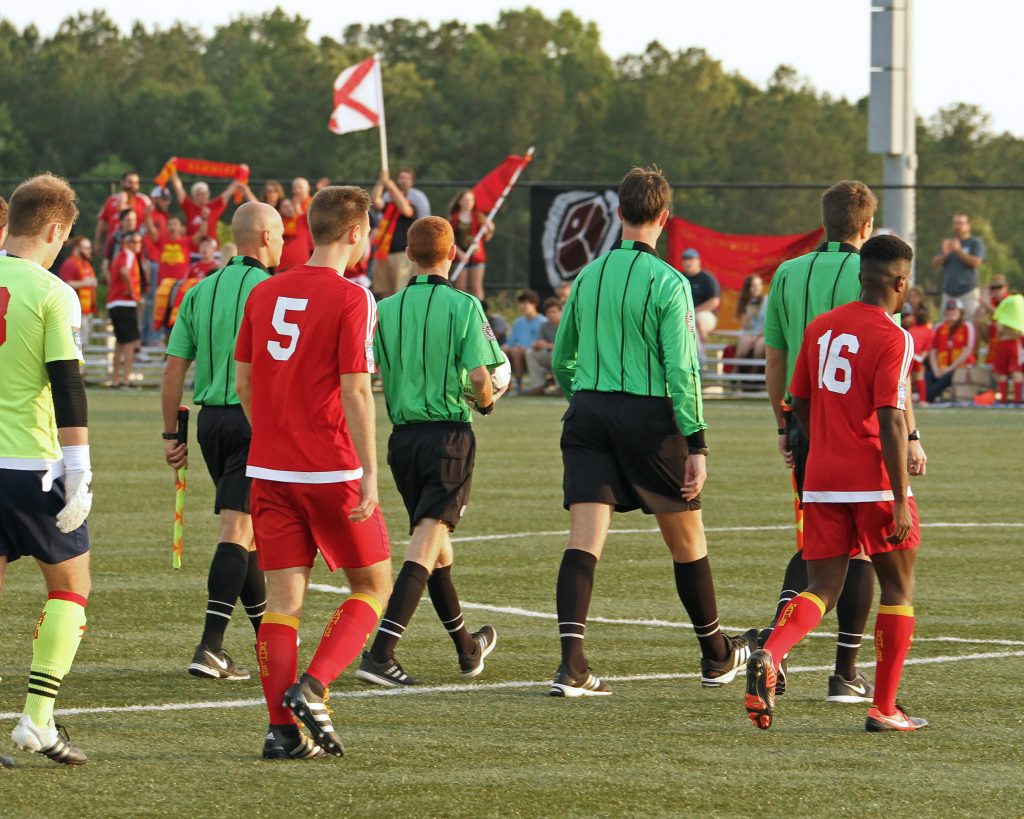