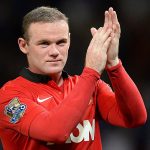 In what may be the hottest rumor in American pro soccer, recent media reports out of the United Kingdom are stating Manchester United’s Wayne Rooney could be on his way to a Major League Soccer roster. In an August 19 story in the U.K. Mirror, several MLS bosses went on record saying they have more than a passing interest in the 30-year-old superstar, especially the reigning MLS champs, the Portland Timbers.

The article quoted Merritt Paulson, owner of the Timbers, who said the league as a whole are ready to throw “big dollars” at Rooney should he decide to leave the Barclays’ Premier League in the near future. MLS franchises will have their work cut out for them, however, with the market for Rooney’s services around the globe super competitive. Last March, Shanghai SIPG of the China Super League offered Rooney a brain-exploding three-year deal worth nine figures after tax. Rooney struggled to hold on to his starting spot with Manchester United, missing several games toward the end of the 2015-16 Premier League season due to a knee injury. Still, Rooney is an exciting player and a prolific goal scorer with a name recognized in soccer circles the world over, and luring him away from Jolly Ol’ England would be a major coup. Attracting him to America could help build on the success the league has enjoyed since David Beckham, another Manchester United alum, bolted for sunny Los Angeles a decade ago. While Rooney is on the downside of his career, Paulson believes a 30-plus Rooney would still be a major shot in the arm for the MLS. “I would argue he still has some good soccer ahead of him,” says Paulson. “I think he would be a great signing for MLS — 100 percent MLS would be attractive for him.”

At the time of this writing, Rooney has appeared in three games for Manchester United, with one goal and two assists. For his career at United, Rooney has scored 246 goals in 524 games.